Zaiwalla & Co 30th Anniversary Party at the House of Lords 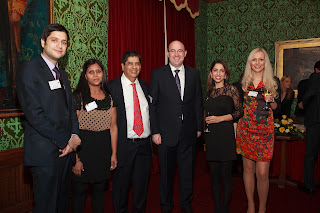 The bankroller of the Olympic Park’s ArcelorMittal Orbit sculpture has been busy this week – Mittal last night trotted off to a House of Lords reception to mark 30 years of the law firm Zaiwalla & Co.

His hosts for the night were Lord Dholakia and attorney general Dominic Grieve, who spoke “without notes” on diversity in the legal profession.

Dominic Grieve, the Attorney General, was speaking on Wednesday night at an event in the House of Lords to mark the 30th anniversary of the law firm, Zaiwalla & Co. He praised the many contributions to charities made by the firm’s founder Sarosh Zaiwalla. He could also have begged for a little charity from one of his listeners, Heather Tchenguiz. She is the wife of the property developer, Robert, Tchenguiz. He and his brother Vincent were arrested in a highly publicised swoop by the Serious Fraud Office in March 2011, during an investigation into the collapse of an Icelandic bank. 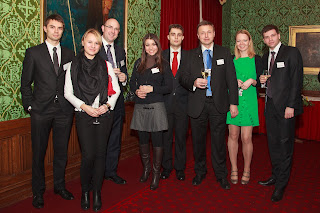 They were never charged, and earlier this month a court awarded them full reimbursement of their legal costs, which could set the SFO back by £3 million. Vincent has threated to sue the SFO for £100 million damages. The SFO answers to the Attorney General.

Zaiwalla & Co Solicitors celebrated 30 years of practice at a reception hosted by Lord Dholakia on 21st November 2012, in the Cholmondeley Rooms in the House of Lords at which the Attorney General Rt Hon Dominic Grieve QC MP was the Guest of Honour.
Senior Partner, Mr Sarosh Zaiwalla and Managing Partner, Ms Pavani Reddy, welcomed the guests who included: 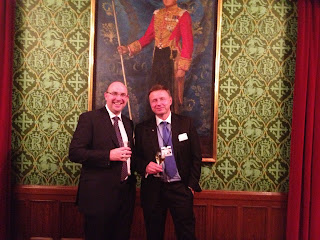